In Gulf County, jury deliberations will take place in a jury trial after the prosecution and defense have presented their cases and rested. At this point, the judge will provide a list of instructions to the jury about what they are allowed and not allowed to do and what verdict options are available for them to decide. The jury will be sent to a private room to discuss the evidence presented in the case and attempt to reach a unaminous decision. When a unaminous decision is reached, the jury will inform the judge that they have reached a verdict and will return to the courtroom for the verdict to be read allowed. In the event that the jury cannot reach a unanimous verdict, the jury results in a deadlock and a mistrial is declared. 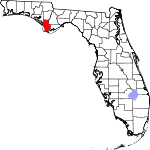 What if I can’t afford an attorney?

The 6th Amendment guarantees you the right to an attorney whether or not you can afford one. If you cannot afford one, a public defender will be appointed by the court to represent you.

The Right to Trial by Jury

The Sixth Amendment of the United States Constitution guarantees the right to a trial by a jury. This is applicable for when the crime can carry a sentence of 6 months in jail OR a $500 fine, these are known as “Serious Crimes”. The defendant can also waive their right to a speedy and public trial.

Criminal proceedings take place in the Gulf County Criminal Courts. A list of the criminal courts are located here.

At a sentence hearing the judge will inform the defendant of the sentence that will be imposed. This sometimes occurs at the same hearing in which the defendant is found guilty (either by trial or plea agreement). In can also occur at a later date, most often this is due to the complexity of the case where more time is needed to determine the appropriate sentence.

What is the Burden of Proof?

At a mandatory or required court appearance in Gulf County, the defendant must appear before the court. In the event of a “Failure to Appear” the judge may issue a warrant for the arrest of the defendant. Note: not all criminal hearings are mandatory, in a non-mandatory hearing an attorney may appear on your behalf without you being in court.

Where can I get help for my Gulf County criminal case?

The 6th amendment of the United States Constitution provides a criminal defendant with the right to an attorney. As read in the miranda rights, this means that if a defendant cannot afford to hire a private attorney a legal attorney will be appointed to the defendant to represent him at no cost to the defendant. This is often a public defender. In addition, the court clerk for Gulf County will also be able to provide general information about a specific criminal case. The clerk can only provide information and is not an attorney so they cannot provide legal advice, only a licensed attorney can provide legal advice about what the best options for are for your particular case.

A Plea Agreement, sometimes known as a Plea Bargain is an agreement between the prosecution and the defendant, where the defendant pleads guilty or no contest often in exchange for a lesser charge or lighter recommended sentence. A large majority of criminal cases end in a plea agreement. In Gulf County you can inform your attorney to negotiate with the prosecution to attempt to come to a plea agreement, but this is dependent upon the charge severity and also the prosecutors willingness to accept a plea deal.

This site uses Akismet to reduce spam. Learn how your comment data is processed.